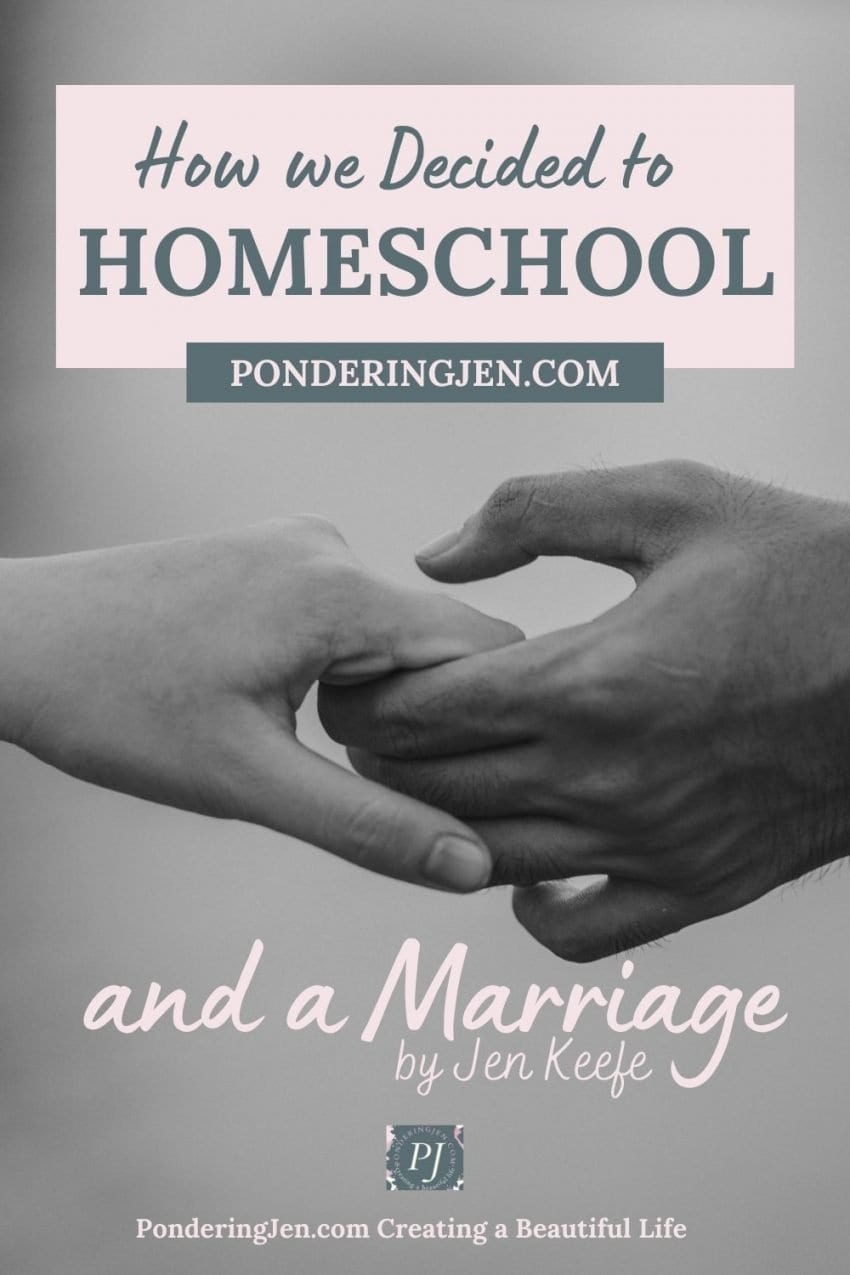 This piece was originally published on a different blog by the same author in 2012.

How we Decided to Homeschool and a Marriage

My husband and I have so much to work on in our relationship. Here though, is the commonality that keeps us moving forward. I did not expect that how we decided to homeschool would be a cornerstone of our marriage.

Owen (almost 6) did a very short stint in preschool. On his second day he did not want me to leave him, and he cried. I’ll never forget the look of fear and confusion on my baby’s face. The teacher convinced me that he would be okay and I left.

I was shaking and I was dizzy when I got to my car. I finally turned the key and drove around and around. I called my husband and he stepped out of his office. “This isn’t RIGHT” I said. “NOTHING ABOUT THIS IS RIGHT. Owen was CRYING and SCARED and you didn’t see the look on his face that acknowledged that for the first time in his memory I did not listen to him and left him distraught.”

Instead, we debated whether I should go back right then or wait until school was over. We both agreed that if he did not want to go back he would not; that if he wanted to be with his mother, he should be.

When I went back to the school, Owen was playing outside with other children. At this point lots of people will tell a mother in my situation that it really was for the best and that her child had only cried for a few minutes, so it was “worth it”.

This was not true for us. Something changed for Owen and I that day. He was more guarded, distant. He didn’t throw his arms around me and tell me about what a wonderful day he’d had.

Though it was a good one, Owen never went back to that preschool.

The next year we made one more attempt at school- never with tears and it was always Owen’s choice whether or not he stayed. I never felt right leaving him, and he never really wanted to go. We both thought it’s what “had” to happen.

A couple of months later and without a plan, Owen attended his last day of school. This is how we decided to homeschool, even though we did not know it at the time.

As Owen enters “school aged” this fall, my husband and I are still figuring out what all of this means. As we have some heated discussions, I am brought back to that day three years ago, sitting in my minivan, shaking and crying.

I recall the words from my husband “you are right Jen. Nothing about this is okay. We have wronged our son and we will adjust. Go get him. See if he wants to come home with you, and if he does, take him. If he wants you to stay and play with him and the teacher won’t allow it, bring him to a playground. It’s okay if the teacher is upset with you, or thinks you are making a mistake, she is doing what she thinks is best and we have to do what we think is best. He is our son and we do things differently.”