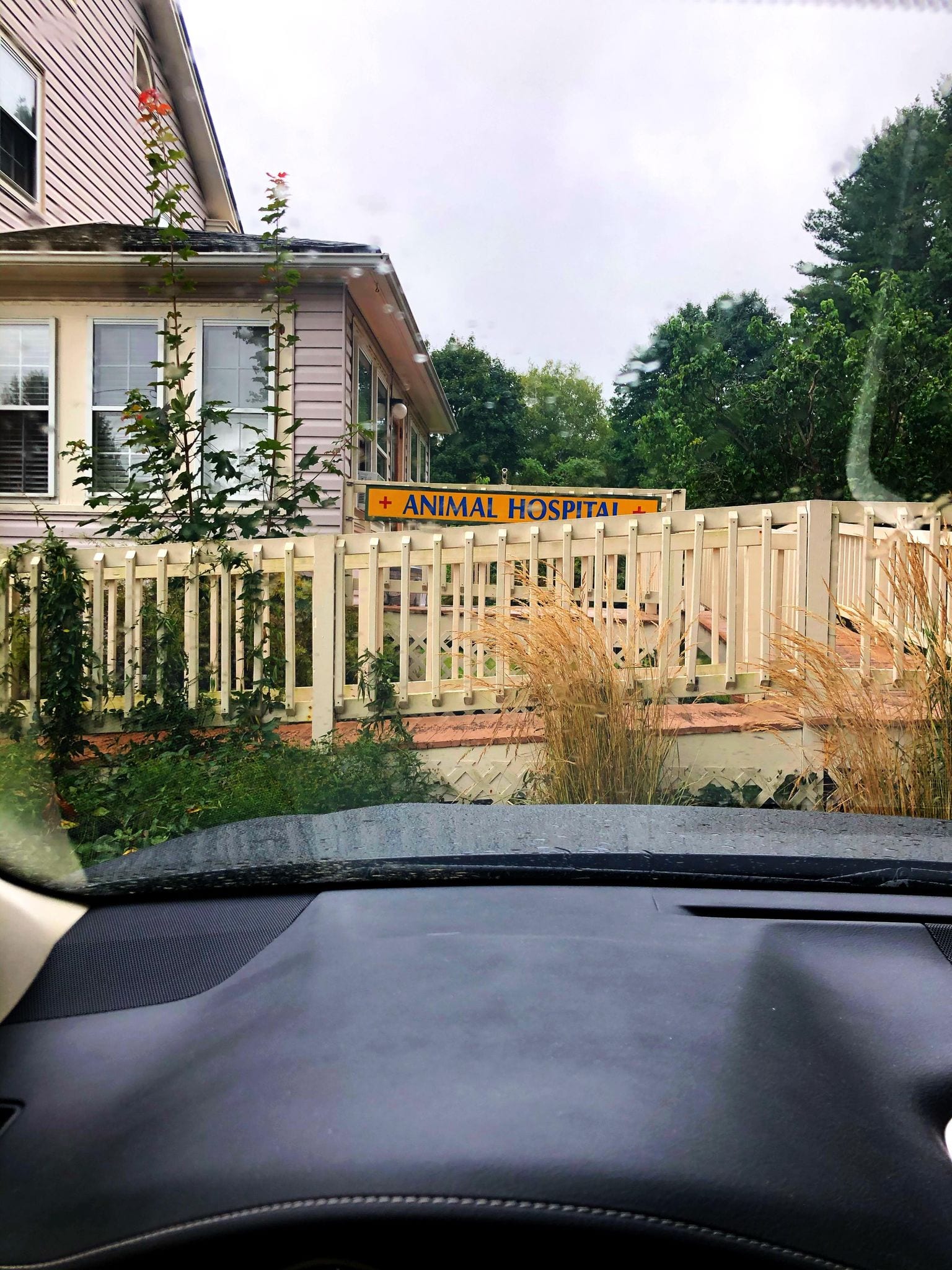 The museums, library, park days, music lessons, riding lessons, time with friends… we homeschoolers lost those along with everyone else. Today though, I got some serious and specific clarity about how our life is lacking since March.

Today our guinea pig was at the vet. As we sat in the parking lot waiting for Daisy to be brought to our car I felt such a longing. It wasn’t that I wanted to rush in to get Daisy (though of course, I did), it was that I was so disappointed about the experience my kids were missing by not going in to get her.

Instead, everything was done by phone. Even though the calls were on speaker, it was mostly me doing the talking. We were not surrounded by other families brining in their beloved pets. Smells of animals, pet food, and cleaning materials did not permeate our senses. We didn’t hear phones ringing, music playing, or the doctor talking with other patients. It was just our usual family foursome plus one piggy instead of two.

As I write this I realize what I was feeling may have been more profound and all encompassing than I realized. So far, what I’ve described is what so many us have missed during our daily lives; the sights, smells, and sounds of life.

What We Lost Today as Life Learners

In the coming days, weeks, months, and years, I would have pulled from our time at the animal hospital. I might have saved YouTube videos to watch with the kids, or remembered various terms used to explain things to explore later. I would have paid attention to the things my kids were curious about and especially remembered anything that might have lit them up inside.

Connecting things from our time at the animal hospital would have been organic and contextual. It would have exposed my kids to a whole bunch of new things they wanted to learn about because it was totally in context- the context of taking care of two of the beings they love most in the world. The learning would not have been manufactured and connecting stuff later on would have been natural. Best of all, of course, it would have started and continued connections I’ll never see.

Now, repeat this experience over and over and over again. From the grocery store to the amusement park and from the farm stand to the cog railway, this is how many of us homeschoolers lead our learning and lives. We live life and naturally connect and explore stuff when it makes sense. It’s really the most beautiful thing. (click here).

It’s less natural in times of COVID, though. We have been mostly limited to our own families and within our own four walls for months. For many reasons this is lovely, too. There have been so many spectacular things that have come from this for so many- including us.

It was made clear to me today though why this period of time has felt so incredibly different to us- why I have felt so lost at times even though our day to day isn’t much different. It’s the living of life as we know it that has stopped- for all of us. It just stopped with no prediction of when or how it would start again. Even now that we are moving around again, everything is still so different. Just like it was at the vet today.

I’ve adjusted. We’ve all adjusted. It’s not the same though. I don’t know about you but I have yet to get us back to the fullness and richness we lived in pre-COVID. Everything feels harder and more orchestrated right now. There’s struggle were there never was any. Getting beyond the struggle takes more creativity and is more work.

Doing less was special for a while. Being at home with just the six of us was cozy, though not worry-free. There was so much to be gained from it. I’m even grateful for it. Today though, I was reminded of how much we really are missing because of these new COVID regulations. For better or worse it brought clarity, and for me clarity always helps.