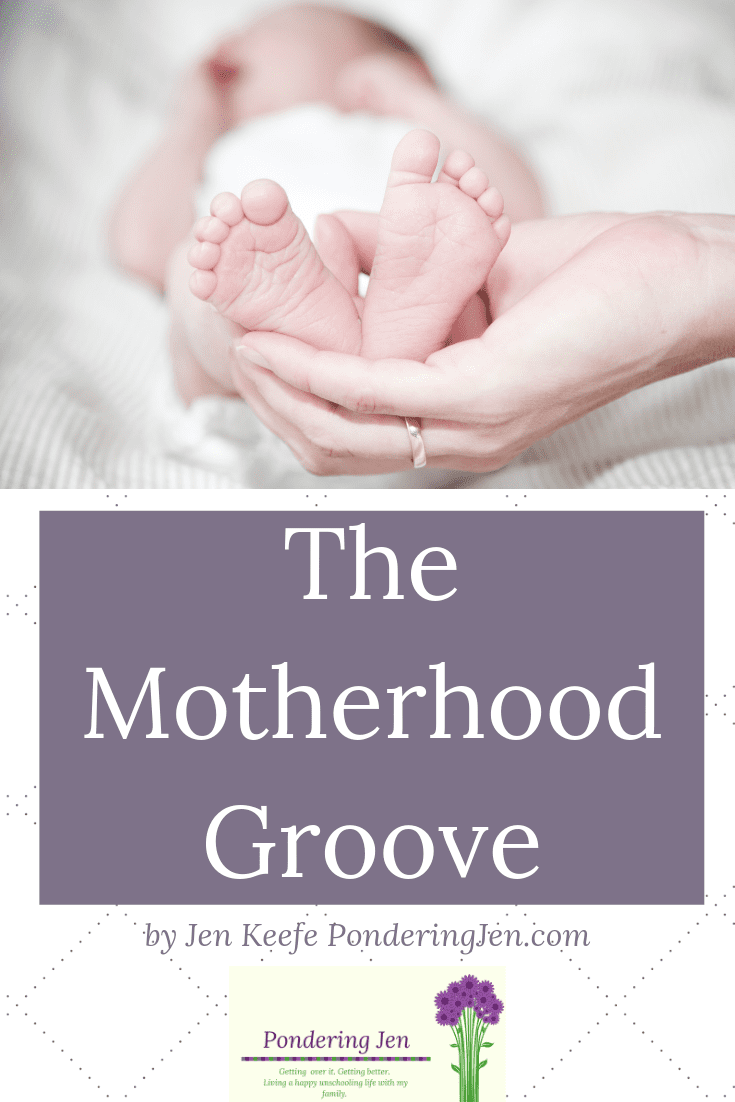 I was blindsided by motherhood. I had no idea how much it would change my life.

Before my oldest child was born, I was committed to keeping my life as it was whether children were a part of it or not. I held fast to my commitment to read, work, keep up with the house, maintain my relationships with friends, and my husband.

Then Owen was born. And I was not prepared.

For the connection I would feel for him, the way that life was only right when he was peaceful and touching me, the fact that with the birth of my first child, my eyes would be replaced with new ones.

Every desire that I had before children became distant in my mind, seldom receiving any consideration.  All that mattered to me was that Owen was comfortable and content.

I am not embarrassed by this. I do not feel ashamed that my priority suddenly became my children. I feel grateful. Now.

But for the first months, and years, I tried to maintain it all. I tried to work, and stay connected with my “self” (the definition of which was my pre-child self) and not let life change.

Of course, life had already changed and I was just pretending.

Twenty six months later my daughter was born and as she began needing attention I became a maniac. I tried desperately to meet the needs of both of my children all of the time.

I was constantly stressed. Even if both kids were sleeping, I was beating myself up over the way I had handled a situation or I was prepping the house for when they woke up.

I was either making lunch, putting away toys, or planning an activity. Anything to free up my energy and time so that it could all be devoted to them when they woke.

Somewhere during this time I stopped working. Entirely. I tried to take my children on outings planned around nap times and snacks and enroll them in music class.

My inability to accept that life had changed created both an inner struggle and tension between my children and I.  My life had no rhythm, and though I tried, I could not find a groove.

Then, without planning or realizing it,  Sydney’s napping became more predictable and Owen spent more time playing on his own. The house began to stay organized more easily as Owen began to consistently pick up after himself, and Sydney.  I became calmer. And several months ago, I realized that things were getting easier.

Owen and Sydney started playing together- frequently and for close to an hour at times. I often just sat and watched them. Amazed.  Mornings could be spent reading books together, watching a movie with popcorn or doing laundry.

Owen and Sydney joined in to help me prepare lunch.

As blocks were turned into structures, I sat on the couch in front of my children.  I read my book, or caught up with friends on Facebook. Music played quietly in the background.

Instead of cries of frustration and prayers of desperation, giggles and conversation became regular. Suddenly, it seemed that not only did I love my children, but I loved Motherhood.

As I reflect now on life since Owen was born, I realize there was nothing magical about this transformation. I gave up lots of preconceived notions about how things “should be”, and started doing what felt right to me, and made my children happy.  Expectations were altered or eliminated all together.  This removed unnecessary resistance and chaos from our lives and changed our dynamic.

We were no longer trying to force an outcome, we were going with what was in front of us. This is not who I am at my core.  Or, not who I was.  I am learning.

Every day is not perfect and neither am I.  I cop to my weaknesses and shortcomings regularly. But mostly now, I enjoy each day. Grateful for this amazing life-for spending most of my moments with my children. By choice.

And when Sydney turned two just a few weeks ago, instead of being filled with a feeling of bittersweet that she was getting older, I was filled only with joy, that my baby is so happy.

Because now I know that I am not fighting motherhood, that I am comfortable, gratefully sinking into it. That I appreciate nearly every moment and am giving my children the best part of myself.

The regret that I so frequently felt when Owen was two is now replaced with confidence. An assurance that comes from knowing  my children are more calmly loved and appreciated.

Instead of ending each day thinking of how I will do better tomorrow, I end it smiling with the knowledge that I have finally found my Motherhood Groove.